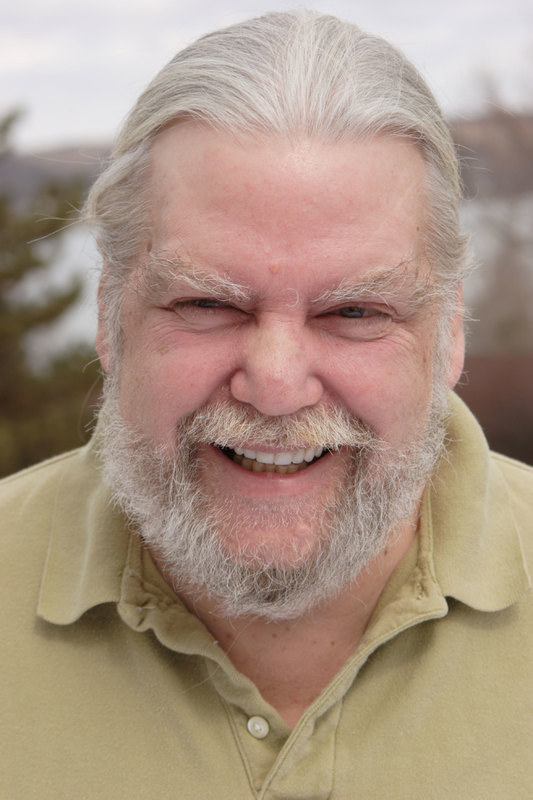 Shoemaker: Please tell me your name and how many Gen Con's you've attended.

Shoemaker:Do you have a favorite Gen Con, why?

The ones in Kenosha and earlier, when there were fewer than 20,000 and you got to know the ‘regulars’. While the larger show produces cash flows that enable a lot of great things not otherwise possible, something was certainly lost due to the expansion.

Shoemaker: Do you have a favorite event, why?

Mentzer: The Auction, of course. I’ve worked there every year since 1982. (Except 1987, because after I quit TSR their new boss was afraid of me, and wouldn’t let me on the stage, but I was at the con anyhow.)

Shoemaker: Is there anything you miss about Gen Con that isn't done in the more recent shows, why?

Mentzer: A sense of Community. At this scale, tho, it would be expensive and space-consuming to reestablish that. I wish there were ‘community rooms’ for specific groups of gamers to hang out – Euro boardgamers, Railroaders, Miniatures, FRP, SFRP, etc. – or a huge Social Room with poles & flags for the equivalent. We can socialize at the tables, but that’s a different environment. Such venues could facilitate contact info exchange, so you could follow up after the con.

Shoemaker: What kinds of games did/do you tend to play and/or run?

Mentzer: I once ran AD&D 1e and my own BECM games now and then, but haven’t for decades; too busy at the Auction.

Shoemaker: You founded the RPGA, which had several tournaments run at Gen Con.  Can you tell me how those went and were run?

Mentzer: First: TSR’s General Manager (1979) Mike Carr proposed the RPGA, a TSR fan club. My skill set fit the needs for the startup, so they gave me his notes in late 1980 and said go. I expanded it into an industry-wide RPG support group (with tournaments for Call of Cthulhu, Shadowrun, and more), but it was later reduced back to support TSR only, and is still a vehicle for Wizards. In the early days I wrote all the (1e AD&D) tournaments, but we soon had dozens of volunteers. Note that resulting need for accurate editing and review before use, which became an impediment (that takes time and thus money).

The major change I introduced was Voting. Until 1981, all D&D tournaments were scored based on accomplishment. The groups that did best kept quiet (no roleplaying) and had one ‘captain’ who drove them ever onward. In my new system, everyone voted on who did the best (considering cooperation, rules knowledge, role ability, and more). That was subject to ‘buddy votes’, so soon the DM got an extra vote to balance the votes ‘for friends’ (regardless of ability or performance).

Shoemaker: Some of the tournaments featured two parties fighting each other, how did those play out?

Mentzer: We tried that approach, essentially a Team Miniatures game, at GenCon South and other conventions in 1981-82. It hasn’t been used since, being a tactical combat game without roleplaying (tho it uses the D&D combat system). In some ways it foreshadowed D&D 4th edition, 25 years ahead of time. It lacked popularity because of the new rise in Roles, and a shift away from tactical miniatures wargaming. I plan on re-releasing it, thoroughly rewritten for the latest systems, through crowdfunding.

Shoemaker: How has playing D&D in organized play, like the RPGA, changed over the years at conventions like Gen Con?

Mentzer: I really have no idea. :) I’ve been at the Auction for 35 years, and haven’t gotten into the great Halls for Organized Play.

Shoemaker: You have remained active with the auction, how has that changed since you began?

Mentzer: In 1967 they had no auction, but traded some games. Tom Wham took that over in 1968, and ran the GenCon auction for more than a decade. He described briefly how to play each game (crucial for trades), and negotiated deals. When I took over the Auction in 1982, I retired Tom and the old ways and streamlined the procedure but avoided a strictly-sales atmosphere. I combined the Business side with history tidbits and other trivia, encouraging ‘oral histories’ of hobby games. Over the years the volume has increased (from less than a thousand items to more than 13,000), with corresponding software that lets you get your money during the con, instead of on Sunday. We use two auctioneers regularly, one examining the upcoming item while the other sells something, and alternating. I hope we can expand into phone bids and live internet streaming.

Shoemaker: What have been some (other) major transitions of Gen Con you have noticed?

Mentzer: Every year features the (usual) New Releases from manufacturers, great games by all and sundry, and spectacle in show areas. Obviously the Tech has gotten better. The biggest changes have been in the age and gender of attendees, and the “Our Folks” atmosphere. In the 1970s and ’80s, we were all gingerly and carefully stepping out in public, unsure of whether we geeks/nerds would be jeered, cheered, or what. We found Our Folks at GenCon, and now have no fears about acceptance (by either gamers or locals). What was once a male-dominated hobby (often in their teens or 20s) is now a balanced mix, with at least 30% female in the GenCon halls. Wargames ruled the world when D&D appeared in 1974, and the fans of that era have aged 43 years, acquiring the many woes brought by time. GenCon has responded wonderfully with child care services and other family-friendly features, but has yet to implement ‘Senior Shuttles’ and other assistance for those with limitations. Finally, food & lodging were becoming serious Issues back in the Milwaukee days, and the move to Indy solved both. The new Rotating Food Truck program satisfies almost everyone, and local restaurants sell out regularly.

Shoemaker: Any thoughts on how you would like Gen Con to progress in the future?

Mentzer: See above. Adrian has done a great job, both managing the con in this transitional period and setting a high bar in public on behalf of all Hobby Gaming (see past political issues with the former governor, now our VP).